An island of idyllic beaches 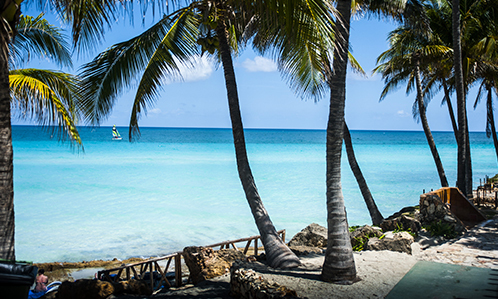 The Dominican Republic is a tropical island that is surrounded by the Caribbean Sea to the south and the North Atlantic Ocean to the north. Boasting more than 1,600 kilometers of golden beaches brimming with coconut palms, it is clear why this land is considered paradise to so many! With an average of 27°C year-round, this sun kissed island is exotic and extremely hospitable. It makes you wonder why the population has not exploded already.

What You Need To Know

The country is a natural treasure chest. It is full of diverse landscapes that include rain forests filled with wild orchids, white-water rapids and breathtaking mountain landscapes.

The local culture of the Dominican Republic is heavily influenced by the unique mix of the population. For example, the country is best known for merengue – a type of spicy and hot Latin-influenced music. Dance clubs are a mainstay of the nightlife scene thanks to the bachata and merengue. However, you will find countless entertainment options in both the capital and elsewhere on the island regardless if you're looking for dancing until the early morning, an exciting night at a casino or a cozy, romantic evening for two.

The Dominican Republic’s culture blends elements from Africa, Spain and Amerindians, and baseball is by far the most popular sport in the country. In fact, the Dominican Republic is the home of several Major League Baseball stars such as David Ortiz, Pedro Martinez and Sammy Sosa.

Tropical destinations like the Dominican Republic offer plenty of fun in the sun, great weather and outdoor activities. The Dominican Republic has more than 1,600 kilometers of pristine beaches, a particularly popular and breathtaking one being Puerto Plata’s Sosua Beach. Situated on the north coast, this beach offers a wide strip of white soft sand and is located near a number of restaurants. Another hugely popular beach that is also great for kids because of the calm weather and beautiful white sand is the gorgeous Boca Chica Beach near Santo Domingo. 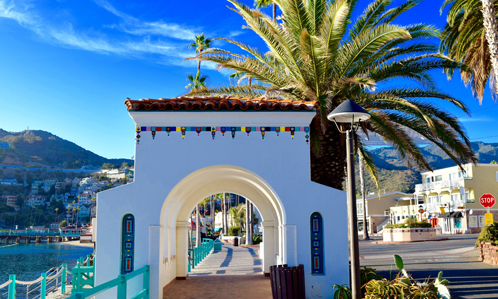 If you’re looking to pay a visit to the Dominican Republic, there is so much to see, learn and experience. Thanks to a plethora of multiculturalism, a turbulent history and its geographic position, the island's nation is definitely worth visiting for any reason. Chances are you’ll want to stay for good, so let’s take a closer look at what makes the Dominican Republic so enchanting.

Cultural and historic sites are the biggest attractions next to the beaches and outdoor fun in most capital cities of tropical nations. Indeed, you’ll typically find plenty of beaches in such destinations, which makes Santo Domingo’s local culture and history a must-see. If this is what you’re after, then definitely follow the crowds and head for a dramatic setting on the Rio Ozama, which is filled with dozens of remarkable old buildings. Or visit the substantial colonial district of the city known as the Zona Colonial. However, you’ll easily find plenty of museums, cultural establishments, restaurants and a thriving music scene in every part of the capital that is Santo Domingo.

The official language of the Dominican Republic is Spanish. In different parts of the country, different variants of Spanish are spoken and the most commonly used Spanish dialect is Dominican Spanish. More than 90% of the country’s population understands Spanish, though other spoken languages include Samana English and Haitian Creole. Foreign languages also are often spoken so expect to hear English, Japanese, Italian and Chinese.

As mentioned above, the Dominican Republic boasts constant and warm temperatures (27°C) year-round. That being said, the ideal time to travel and soak up the most sun is between rainy seasons. The heavier season is from May to August, while the other is between November and December.

The official currency of the Dominican Republic is the Dominican Peso. Depending on your budget, you can opt for practically on any kind of group tours for activities like hiking, snorkeling, etc., from $35 CAD ($1,648 RD). You’ll find ATMs throughout the country, and tourism-related businesses in most cities widely accept debit and credit cards.

The telecommunications company of the Dominican Republic is CODETEL, which is owned and operated by Verizon. It produces the “ComuniCard,” which allows tourists to phone virtually anywhere abroad from any touch-tone phone. Mobile coverage is good around towns and along most coastal areas, and a 3G network also exists. The Dominican Republic is quickly embracing the Internet and the number of Internet cafes are rapidly growing. For 30 minutes of use, you can expect to pay anywhere between 25 and 30 Dominican Pesos. 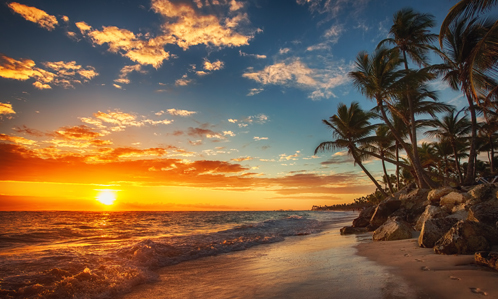 The weather is sunny and warm year-round, though not unbearably hot. That’s why casual clothes in lightweight natural fabrics such as linen, silk and cotton work best. That being said, don’t forget to bring a light sweater as the nights tend to be a little cooler. Also bring mosquito repellent, and the usual necessities such as sunglasses and sunscreen.

Dominican cooking throughout the country combines local produce with African and Spanish influences. Among the most popular meats are pork, chicken, beef, and plenty of seafood and fresh fish. As for drinks, you’ll be able to get some delicious fruit shakes made from crushed ice, sugar, milk and fruit (called “batidos”), as well as some fine rum made from the island’s traditional sugarcane.

Because wages are very low in the Dominican Republic, tipping is very much appreciated. For example, guests can leave small items, or usually $1 or $2 CAD each morning on the pillows for the maids. It is also not a bad idea to leave a small note as well to let them know that it is for them.

When looking for best buys in the Dominican Republic, you’ll have the most luck with products made on the island. This typically includes decorative pieces and amber jewelry. Some pieces encase dew drops, leaves or insects within the ancient petrified pine resin, and they represent a national specialty. Other items may include limestone carvings, Creole baskets and dolls, Taino artefacts, pottery, macramé, woodcarvings and rocking chairs. Negotiating prices is recommended in most cases. 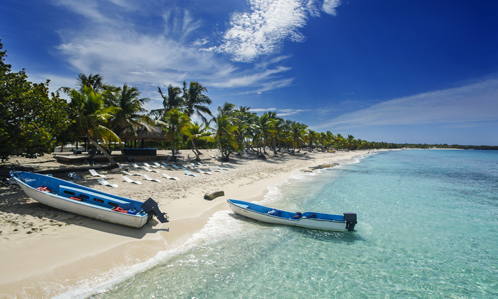 1. Beaches, plant life, and a variety of birds on Saona Island

Bavaro Beach welcomes you with smooth, powdery-soft white sands. From the surrounding grove, enormous palm trees overlook the water. This magnificent resort area rates among the most extraordinary beaches in the world. Scenery fit for the prettiest Caribbean postcard!

In the capital of the Dominican Republic, the historic Spanish architecture of the old colonial city (“Zona Colonial”) has been declared a World Heritage Site by UNESCO. Santo Domingo offers inspiring discoveries as you explore its cobblestone streets. You’ll be wowed by its Latin style and flair, not to mention its cultural heritage, cuisine, and nightlife!

At the southern end of the Samana peninsula, Los Haitises National Park encompasses more than fifty islets boasting stunning greenery, mangroves, and caves adorned with authentic pictographs painted by Taíno Indians. With a wealth of natural riches home to some amazing wildlife, Los Haitises National Park is an adventure right in the heart of nature!

5. Take a plunge at the El Limon waterfall

At over fifty meters in height, the El Limon waterfall is a spectacular discovery in the heart of the tropical forest. Brave visitors can jump from the top of the falls into a natural pool at the bottom. One of the best-loved locations in the country!

Baseball is the national sport and a passion for the whole country. Attending a game is an experience in itself! A spirited atmosphere awaits you at Cibao stadium, located in downtown Santiago about an hour’s drive from Puerto Plata.

A true icon of the Dominican Republic! The island is home to a number of sugarcane plantations, plus distilleries that transform the plentiful harvests into high-quality rum. You can even take a tour of the famous Brugal distillery near Puerto Plata

Larimar is a semi-precious, sky-blue stone like nothing else in the world. The region has abundance of amber deposits and jewelry which are popular treasures in the country’s jewelry stores. You can even arrange to meet a gem cutter and get yourself a unique piece.

The Dominican Republic is a massive cultural melting pot, and its food is no exception. You’ll find Taíno, Creole, European, and African influences, among others Our Travel Professionals say the tostones are not to be missed. This dish is served with the famous fried plantains, a little salt, a spicy sauce and/or the traditional ketchup!

10. Golfing on the Caribbean

Golf enthusiasts can play a round at the edge of the stunning Caribbean Sea on the spectacular golf courses of Punta Cana and La Romana. These waterfront courses boast modern designs and are perfect for enjoying the beautiful Dominican landscape while you play your favorite sport!